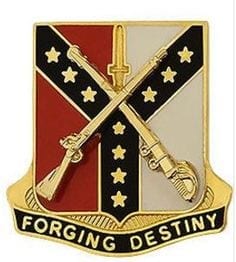 A message from a friend today alerted me to a series of newspaper articles: “For Alex“.

Alex was my friend. I can hardly think of him without tears. He was one of nine men who were killed in combat in Iraq with my unit. All of the Soldiers in that unit were like my family. Every loss was difficult, to say the least. Every time I remember their names and faces, which is often, my heart is wrung.

It has almost been a year since we returned home from 15 months in Iraq. It has almost been two years since the first Soldier, Elias, was killed. I have met some of the Family members of those Soldiers who were killed. I’m not sure if I said anything comforting or intelligible to them. It was very difficult not to break down in front of them. I haven’t plumbed the depths of their grief, and my own must pale in comparison.

I’m slowly beginning to feel normal again, though I’m not sure I’ll ever fully reach it.

My own grief is great, and I have shared the grief of my friends. My grief was compounded by knowing how they suffered from their own grief because of the loss of their friends. I know that the Lord holds all things in his hands, and it is only because of this that I have hope beyond death and grief. Maybe someday, I’ll finally piece together the tribute that I have in mind for those fallen Soldiers.

It was hard leaving the Soldiers of 3-61 CAV a few months ago. I’ll never forget them, and I pray for them still. They were patient with me, their chaplain, and their love was great.

May the Lord comfort all who mourn, and may he give strength to the Families of nine brave men.

Here’s a nonsense poem I wrote in 1999 during my last semester in college at The University of Alabama.

The Frog I Met
(By Sparky)

Running in the fields today,
I met a bullfrog in the hay.
Red with yellow polka-dots,
He was an odd fellow from an odd lot.
Frog never jumped while I was there–
He was too busy trying to grow hair.
“A hairy frog?” I said.
“Why, you’re already yellow and red.
Isn’t that strange enough, you think?
But, you’d rather have fur like a mink?
You would be different then, I’ll say–
But could you so peacefully rest on the hay?
Or would your life become ugly and mean
As dozens came to see the frog who’s not green?”
Then the fat frog piped up and said,
“I want to grow hair all over my head.
There’s nothing you can do or say
To change my mind now or any day.
I know I’m yellow and red,
But I’ll lie right here in my bed.
I don’t care how many creatures come to look–
I’ll not go away to live by the brook.”
“Poor Mr. Frog,” I said,
It’s enough that you’re yellow and red,
But to be fuzzy, too–
That’s even strange for you.”
“Don’t you fret,” the bullfrog croaked,
“I’m not a horse, and I don’t eat oats–
But it won’t bother me to be hairy, no sir.
It won’t bother me to be covered with fur.
I’ll be warm in the cold–
So long as I don’t go bald when I’m old.
‘Fuzzy Frog,’ they’ll say
As they watch me sleep in the hay.”
Then I said, “Well, dear frog,
I see you won’t be happy hopping on a log.
I guess there’s nothing else I can do
To make it clear, to convince you.
You’re set on having hair on your head
And spending all day in the bed.
So, I’ll end my visit here, and go.
Just remember, I told you so.”